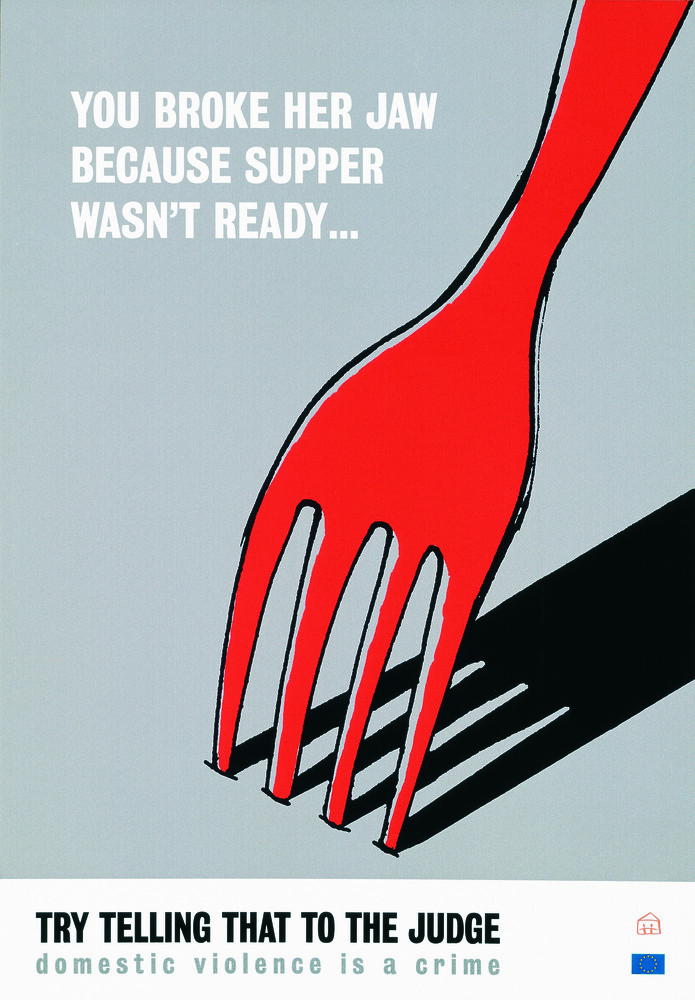 Initiated by the European Commission, this campaign was a breakthrough because in some countries domestic violence had just been made punishable before a criminal court; some of the messages – created by various illustrators and artists – were aimed at men, which was also quite new. I produced two series, and I consider this one, “Try telling that to the judge,” the most effective, with journalist Tony Snape.